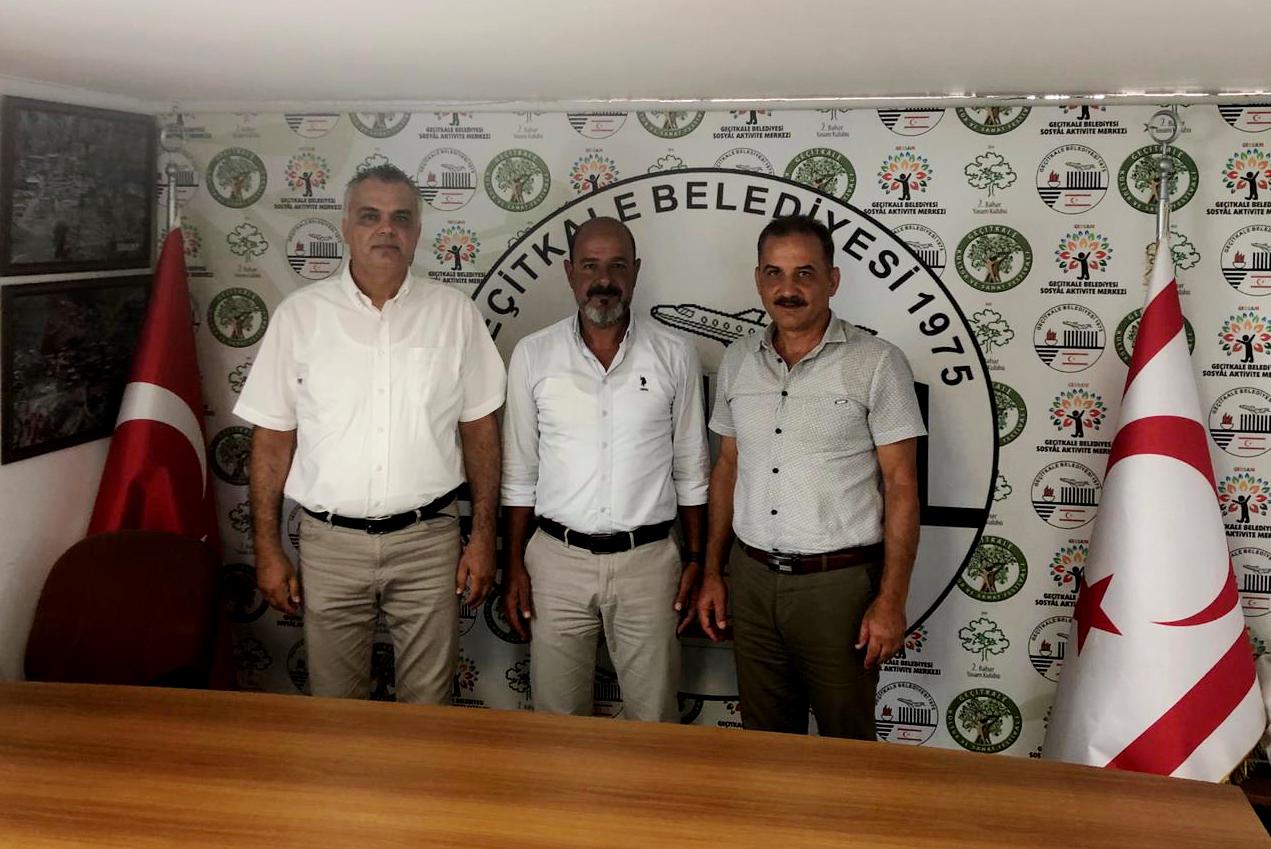 Asım İdris: "We continue to invest for next generations..."
During the visit, Near East College Secondary Education Director Asım İdris, who stated that there is a need for an education that gives confidence considering the preferences and expectations of the people of the region, said, "We will continue to invest for future generations as we have done until now." Stating that they are happy to provide the students of the Famagusta region with the Near East College campus, which is about to be built in Yeniboğaz, and its quality and reassuring education that students need, İdris said that they will offer learning environments which will include artistic features such as painting, music, dance and other art activity rooms. Idris added that with the student-centered, applied and bilingual education model, every graduate student will be able to speak a foreign language as his/her native language and learn French as a second foreign language in addition to English.

Ertan Aligüllü: "The second foreign language of bilingual education is French..."
Expressing that the Near East College consisting of kindergarten, primary school, secondary school and high school will meet an important need in Yeniboğaziçi and Famagusta regions, Near East College Primary Education Head Ertan Aligüllü reminded that they will start education on September 1, 2020. Expressing that they will ensure that the children of the region will receive qualified education and will walk confidently into the future, Aligüllü conveyed information about the education curriculum.

Aligüllü said, “We have a curriculum where we enable students to speak French as their mother tongue along with English in the bilingual education system. With the mindfullnes studies, values education, art and science workshops, music-orchestra workshop, painting, dance rooms and training park, we will continue educational activities that enable every student to have in-depth knowledge and skills in at least one art and one sports field."

Hasan Öztaş: "Near East College will have met an important need in the region for the sake of education ..."
VGeçitkale Mayor Hasan Öztaş stated that the Near East College has made a name for itself with its success since the day it started its education life and that it has shaped the education of the country with the innovations it has so far brought in. Öztaş stated that bringing such a well-thought-out school to the region would fill a big gap in the region and said, “I had the opportunity to see and examine the campus built by the Near East College in the Yeniboğaziçi region. The school building, with its characteristic features, is a great gain and investment in education. We will always support investments that will shed light on the change of our region in every field. The fact that such a distinguished educational institution was brought together with our children welcomed with great interest and joy by the local people. I wish the Near East College, which will start education in the new academic year, every success and to be beneficial to the students and their parents ”.