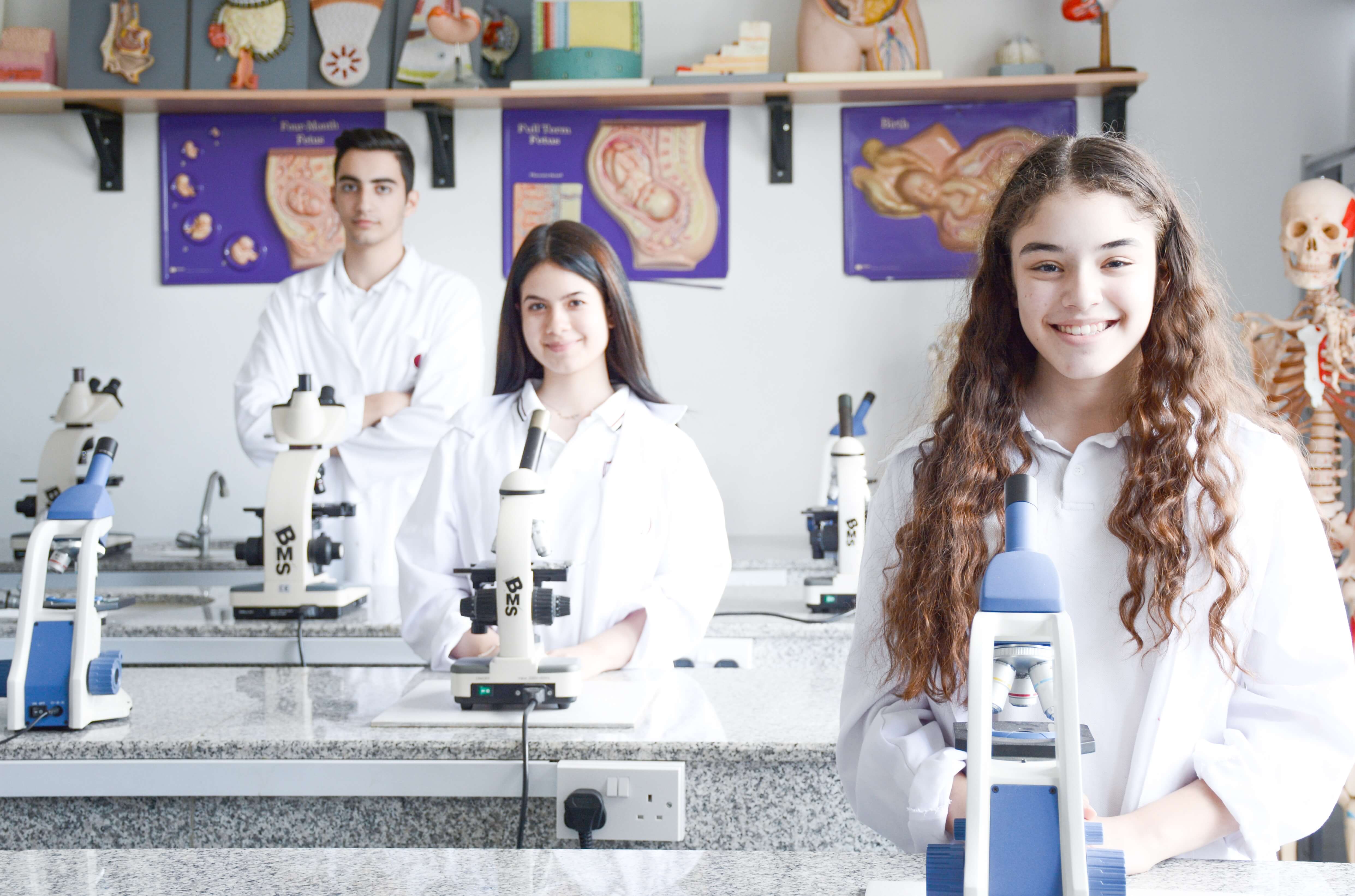 The Near East College, which has achieved great success in Edexcel and Cambridge International exams, known as the most prestigious exam platforms in the world for many years, has been awarded the highest grade in the GCE and IGCSE exams.

100% Success in both GCE and IGCSE…
Year 10 students were 100% successful in IGCSE Science, Mathematics, Social Sciences and English exams, and in their native Turkish GCE AS they achieved A * and A grades with a success rate of 95% in A-Level and IGCSE exams. One of the 10th grade students, Ayten Çamur has achieved great success by obtaining a score of 198 out of 200 from IGCSE Math exam, 178 out of 180 from Chemistry exam, 164 out of 180 from Physics exam and 161 out of 180 from Biology exam.

They Achieved A * in Multiple Lessons…
Altan Osmanlı, 12th Grade students of Near East College, Hasan Sekerli and Hazal Polat became A source of pride for all A-Level 4 courses. Likewise, 12th grade students Laven Mutluel, Nazemin Mendeli, Enver Osmanlı, Selin Ayfer and Laden Tezer made a great achievement by obtaining A* in all four A-Level and AS Level courses.

Achieved the Best Grades of the TRNC…
Near East College students obtained the best grades in the GCE IGCSE examinations again this year and granted the right to register to various universities in TRNC, Turkey, England and the United States.

Near East College Principal İdris said the Near East College has been participating in the GCE and IGCSE exams for many years and their students have been obtaining the top scores in these exams, and they try to do their best to train their students to achieve the ultimate success in these exams, get a different world view, expand their horizons, make closer the countries that seem to be far away for them and open the doors of the most respected universities of the world for them.

İdris stated that the Near East College is a serious educational institution which shows 100% success in exams which is the entrance gate to the most recognized and accepted overseas universities worldwide, and never compromises the importance it gives to education and that they always stand out with the achievements in history, geography, mathematics, physics, chemistry, biology and science.

Courses Organized…
Stating that they have a curriculum developing the personal and professional skills as well as the language skills of their students, emphasized that they prepare courses that support the academic empowerment of the student in the field he / she wants to obtain education in future. Idris said "In addition to the English education curriculum and compulsory competency courses, Physics, Chemistry, Biology, Mathematics, English or a second elective foreign language course is provided to our students with additional courses according to their branches at the weekends. A student who has passed these exams with high scores is considered to be specialized in that course all over the world."